Having all the parts but one, i did a trial assembly of the differential, brake discs and handbrake calipers. This is relatively straightforward, except for the lower bolt of the brake calipers, which is hard to reach.

The n/s handbrake retraction fork seems a bit too long? Might just be the trial assembly, i'll figure that out later. 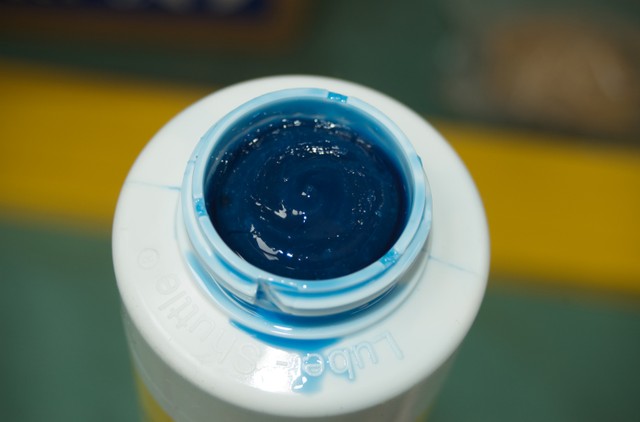 One brake pad location was a bit smaller, making it necessary to shave a tiny bit of the pad. Scraping of the greenish paint turned out to be enough. 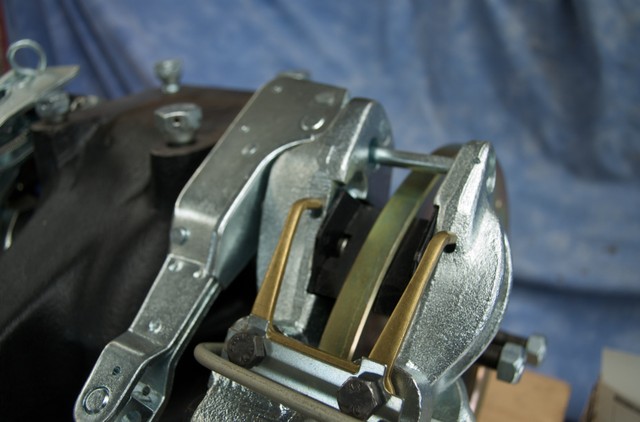 Having all the parts in place i tried to determine the necessary shimming to get the brake discs into the midlle of the caliper. It's not quite clear where you should measure these. There are 4 places on the inside of the caliper which seem to be machined though, so i took those.

Being used to metric it means a little bit of converting back and forth but in the end it looks like i need one shim of '10 thou' and one of '20 thou', o/s and n/s respectively. I'll just order a bunch and see if on finaly assembly these numbers are still the same. 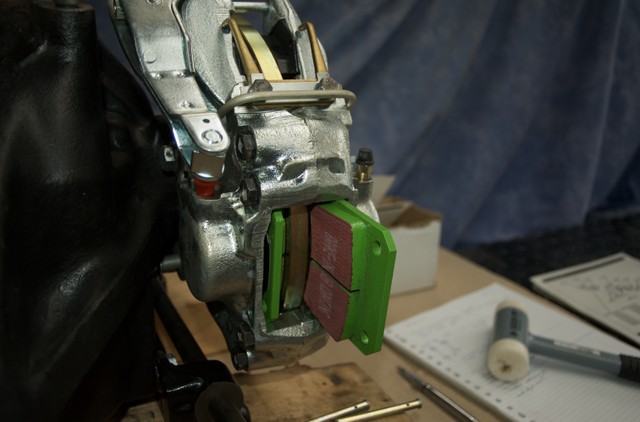 The ring top-leftish in the picture is a placeholder for the one part missing here, a hinge pin for the handbrake. I think it got somehow lost in the galvanizing sink.

After disassembly i turned the diff on its head and tried to determine the shimming for the diff bracket. Without the actual shims available that seemed to be impossible to do. The GD brackets are drilled to "fit original jaguar shimming" whatever that may be. It seems to imply there is 'one correct shimming arrangement' here? Would that then directly set toe-in and toe-out properly? Need to read up on that I suppose.

So, there's a little puzzle ahead on that. I'm not quite sure what the proper shimming order should be to a.) get toe-in/out and other measurements within specs and b.) minimize the number of times i have to lift up the diff (or any other suspension part for that matter).