To complete the engine—gearbox mating I just need one part now, which is the pilot bearing for the front of the gearbox. I ordered the original GM-part earlier, not realising my Tremec gearbox is of the Ford variety, which has slightly different dimensions. So, I still can not complete the mating, but there's lots of other (little) stuff I can complete, such as installing the fuel rail adapter.Click! Done.

In the batch of parts I collected last week, I got the correct length drive-belt. Installing this is also a job of two seconds. The coverage on the pulley isn't that big, but the belt only has to drive the alternator, so it shouldbe ok. 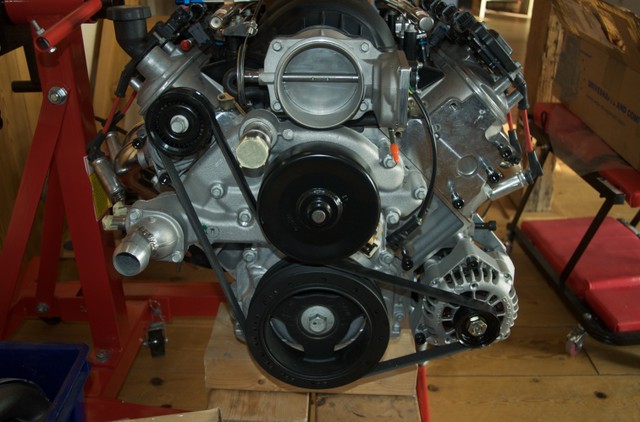 Startmotor can be bolted on now I have the correct length of the bolts. It's pretty close to the exhaust, I could not even get it assembled without removing the header, so the starter will probably need some heat shielding.&nbsp; 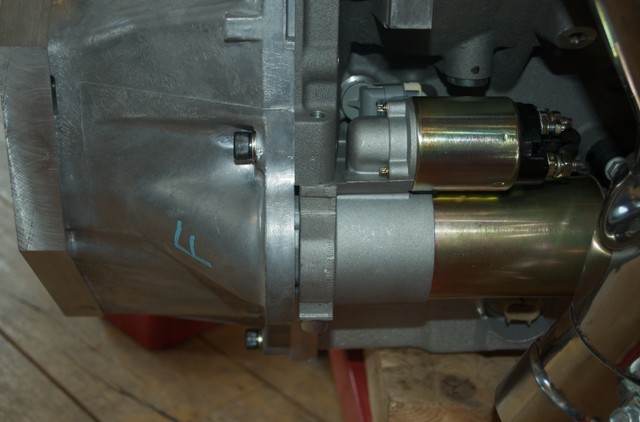