Having the rear-end in ‘concept’ I started the final assembly using all new nuts and using the appropriate torque required. Where applicable I’m using the nord-lock washers instead of, or in addition to normal washers. 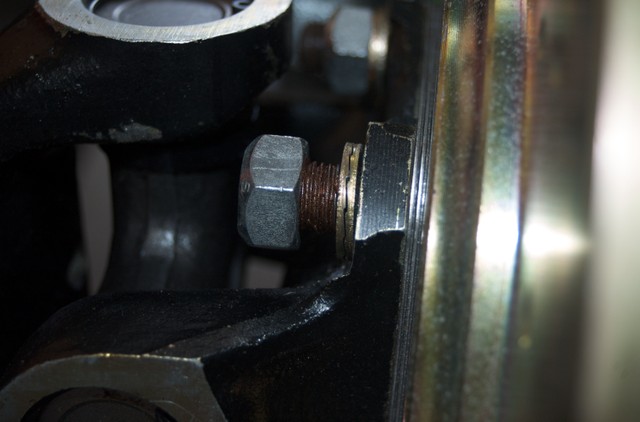 I’ve got a bit of a routine by now for the final assembly of a part of the car. Roughly it goes like: 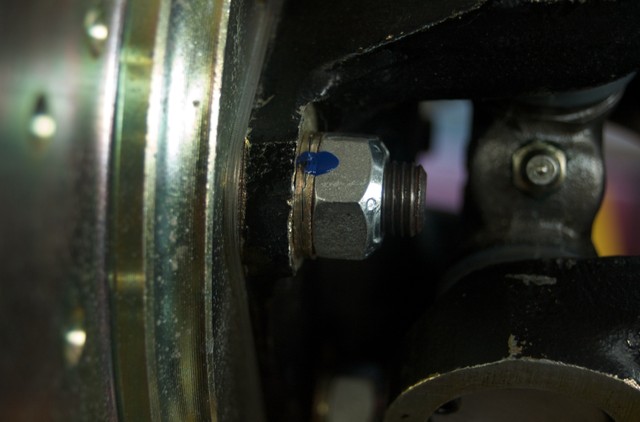 (and take some pictures in between all that)

So, what’s left for the rear end?

I think that is about it.

Having both the hubs completed, I wanted to do a quick measurement of rear toe-in (or, let’s hope not, toe-out). So, clamped the laser to both hubs and marked the two projections on the garage-door. 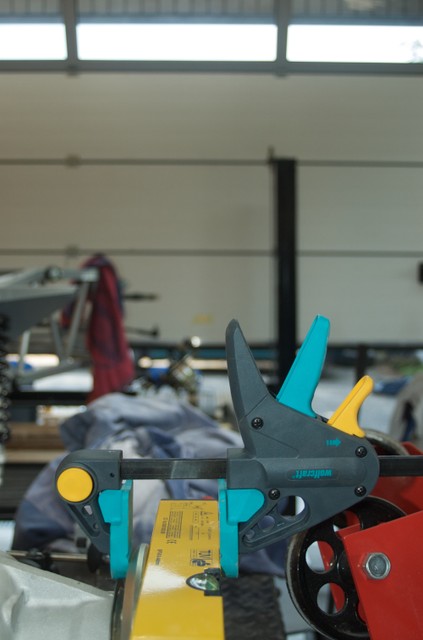 Result: a bit more than 5mm overall toe-in over 4 meters. It’s on the good side of the scale at least! (If it had not been I would not have known how to correct it BTW). The value seems a bit on the low end of the acceptable range, but once the rear-end is in the chassis, I’ll do some more detailed measurements.

Rest of the day was filled with entertaining some friends coming over and a couple of minor jobs, one of which was to paint the upper ball joints as they started to show some rust. We can’t have that, obviously!