Last week I got the last two missing thrust washers for the front lower wishbones. Eager to do something I assembled the left side at the front. Should have been an easy job, but I had a hard time putting the inner thrust washers in, because the wishbone is a 'GD-fit'. Took me the best part of an hour which should have been a minute job. 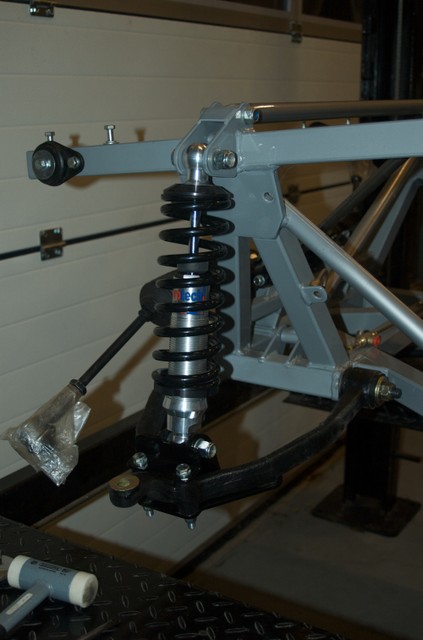 The other wishbone is even worse, something which I already noticed when fitting the GD brackets to them. I think I'll have to construct some sort of temporary press to push the wishbone arms a bit apart to be able to fit the right side.

On the other hand, pressing the water deflectors on to the uprights was an easy job, using the press. 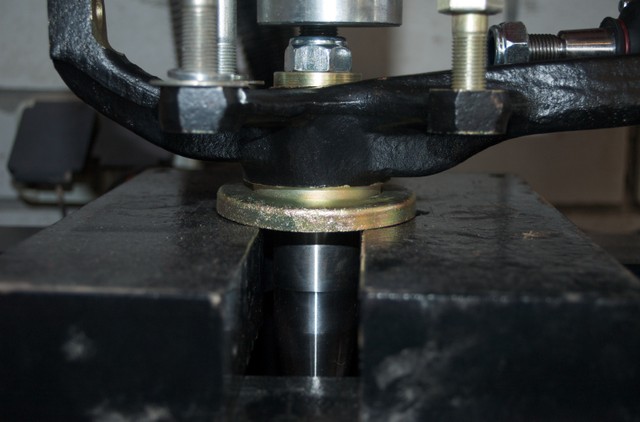 I'm running out of nordlock washers, so I'll order a few next week. Once I have them I can finish the whole front-end I guess. I had planned to do the rear-end first, but I think I'll create the same wheelbarrow as Andy did.