Back to the front again, completing the wheel hubs. First, put in the greased up bearing and press in the soaked oil seal: 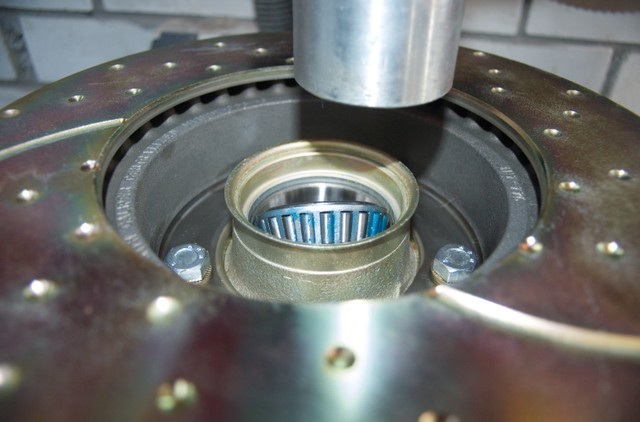 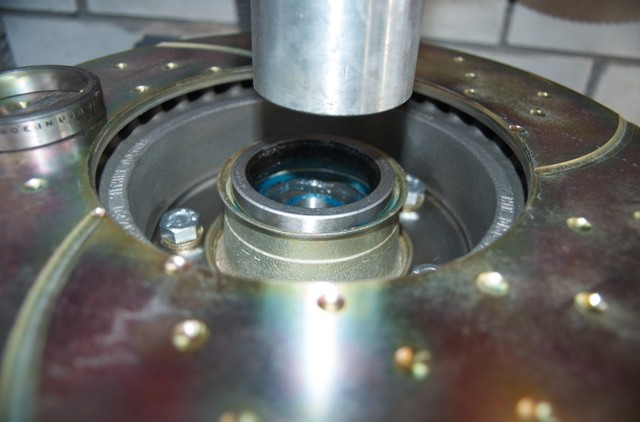 Then, put the disc and stub onto the stub axle. 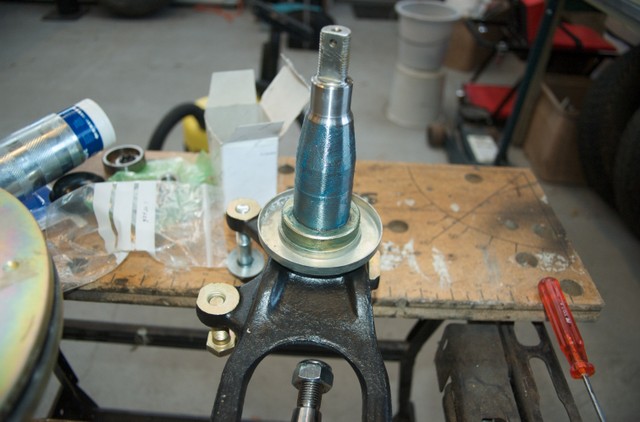 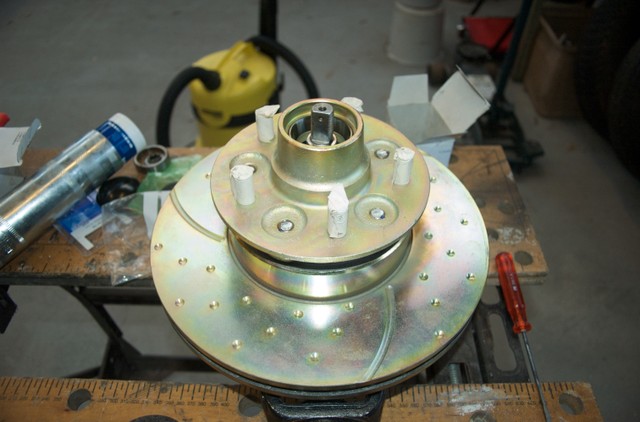 Grease up the other bearing and press this one in by hand. Put some more grease on top of the bearing. 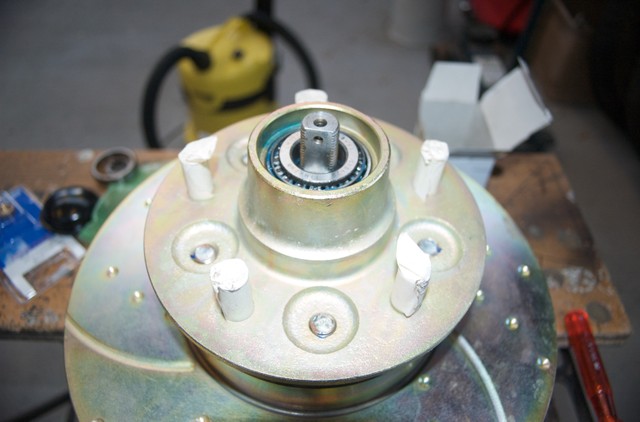 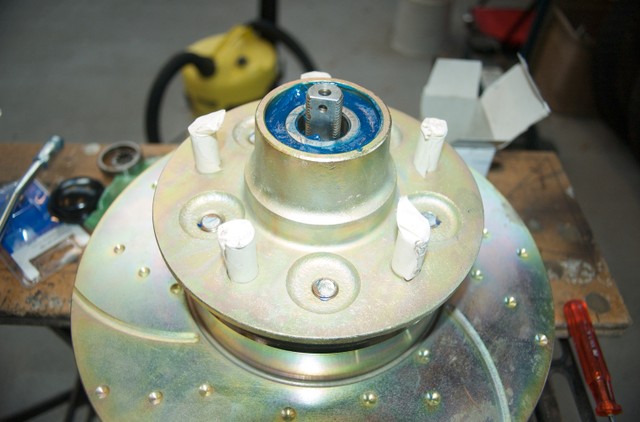 Put the D-washer on top and hand-tighten the nut while turning the disc. 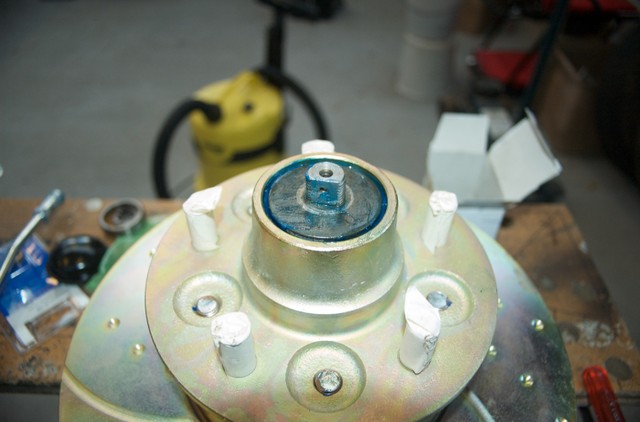 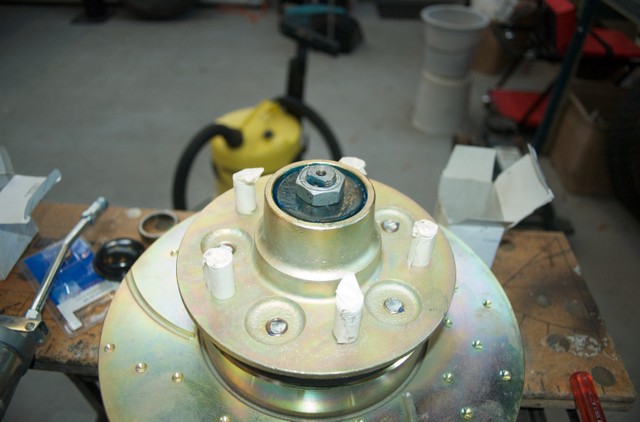 While turning the disc, torque up the nut up to 25ftlbs; the disc should still be able to turn albeit with some resistance. Loosen the nut by one flat and put on the locking cap and splitpin. I followed this procedure found at: http://www.bernardembden.com/xjs/hub/index.htm after trying to actually measure the endfloat. 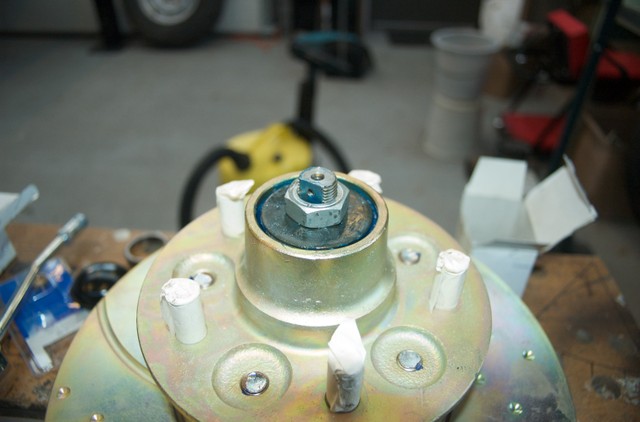 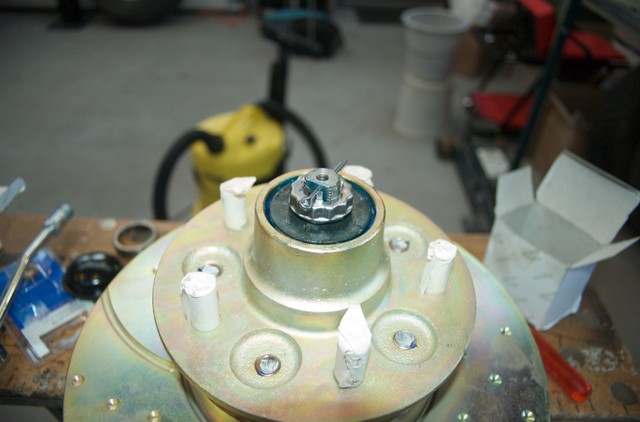 After that, I filled up the cavity with grease, which takes quite a bit of it! The new black caps dont come with a hole, so I drilled one in to be able to let the air out and being able to see when to stop putting grease in! Once it comes out, you’re actually too late already, because it will keep coming out for 5 minutes more. 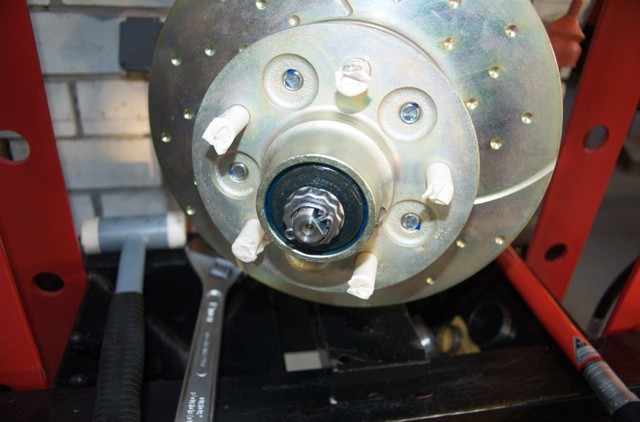 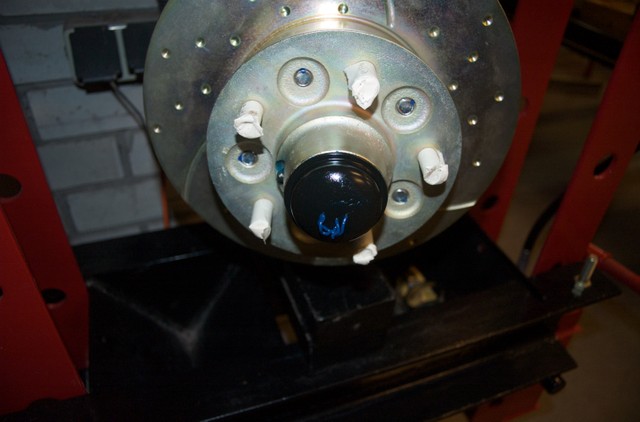