I did not trust my efforts of replacing the pinion seal; it looks kinda funny with the rubber <strong>on</strong> the axis instead of behind it. Add to that the fact the procedure could not be finished properly because of the front nut being loose to start with, I decided to have Kolvenbach take a look at it. Glad I did.

Not only was the pinion seal not installed properly, it was completely the wrong seal! On top of that the output shaft seals were also the wrong ones. A previous owner of the diff must have had the same problem as me.

Anyways, all seals replaced now by people who know what they are doing. The new pinion seal properly sits behind the flange now. 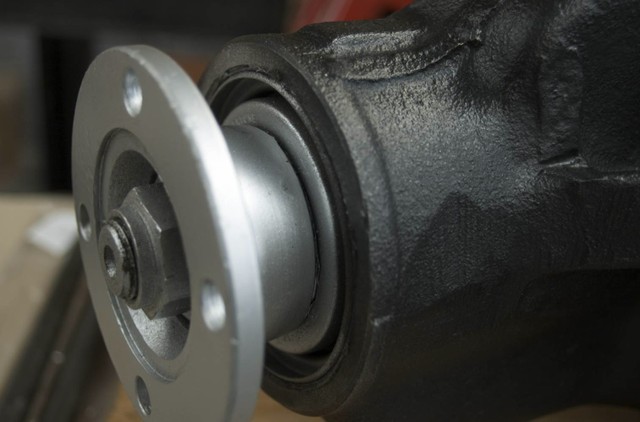 While they had the diff in parts I figured they could just as easily give it a spray. I rounded it off by installing the backplate with new stainless bolts and a diff we have! 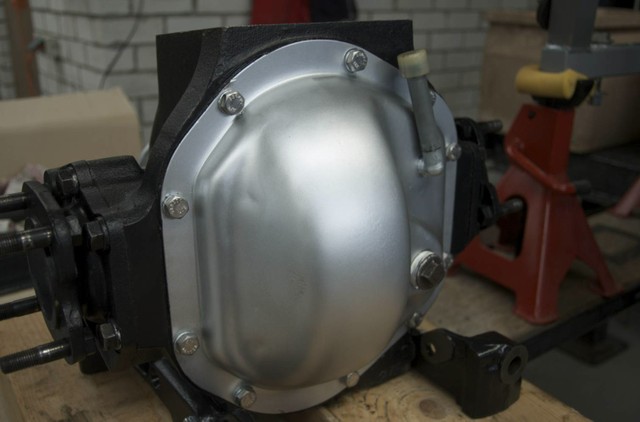 I might give the base housing another spray, or use some POR chassis coat on it.